The 10 Most Important Inca Gods in History.

In the past, the Incas believed a lot in the energy of nature, the mountains, the earth, the sun, among others; that is why they worshiped them in gratitude for the good harvests. The Inca Gods, were the protagonists at a general level as the Inca mythology.

These numerous gods were the object of cults and sacrifices since, according to the Incas, it was necessary to continually profess respect to obtain their protection and help, in addition to guaranteeing the balance between gods and men.

Until today, for the Andean settlers there was not a single God, but rather a large number according to the functions they performed, this was quite beneficial to seek support in the agrarian activity that was the basic sustenance of this society.

Cusco, being considered the imperial city of the Incas, retains several beliefs about the worship of the Inca Gods and nature to this day. Clear example, if you do tourism in Cusco, surely you have heard about the Festival of the Sun or Inti Raymi, which is the worship that is made to the Sun God on the Winter Solstice.

In this post, we mention the 10 most important Inca Gods in History.

1.- Dios Wiracocha or Viracocha, the God of Creation

According to the Inca legend, the god Wiracocha was the most important for being the creator of the sky, the earth, the moon, the stars. They comment that Viracocha blew on the stones and thus the first civilization arose, considered the civilization of men without brains. He left Lake Titicaca and had 3 children: Inti (Sun), Mama Quilla (Moon) and Pachamama (Ground). Similarly, Manco Capac and Mama Ocllo were the brothers and husbands that Viracocha rescued from the flood.

Inti (Sun) is the son of the creator god of the universe, he is one of the gods most revered by the inhabitants of the Inca region due to his relationship with nature.

Every year, during the winter solstice, the Sun festival or Inti Raymi is held in the city of Cusco, which is the worship that is still preserved in the Andean region, in gratitude to the Sun God for the light and favorable heat that provides to crops.

The Inca civilization relates to the sun as the only being that provided them with life, because from its benefits they achieved success in their crops, allowing their existence.

Mother Soil provides protection for the crops in the fields. His veneration is so great that in the city of Cusco, there is an agricultural laboratory known as Moray, the primary function of which was to carry out agricultural tests at different heights.

Currently, rites are performed in honor of Pacha Mama, invoking her help with the harvests.

Mama Killa is considered, according to Andean history, as the Inca goddess of the moon and fertility, she has been cataloged as the main divinity. The reason for its presence also fulfills the mission of contrasting itself with the masculine force of the sun and thus managing a symbology that is clearly related to all aspects of women.

Andean women of all ages went to the moon to ask for support in the different stages of their lives.

5.- Mama Cocha, Goddess of the Water

Mama Cocha is considered the goddess of the waters. This goddess coincides with one of the four elements of nature such as air, earth, fire and water, for this reason she has great relevance among the Inca gods. She is the goddess who takes care of the population from any aquatic catastrophe that may arise. Currently, it is considered the guardian of fishermen and sailors.

6.- The Apus, the Sacred Mountains

The apus are considered as spiritual mountains in various towns of the Andes, to which a great divine influence is attributed to provide help and protection to the inhabitants of the place.

It was considered that the highest mountains favored the communication of humans with the Inca gods. The Incas, through rituals and sacrifices, managed to please the Apus gods and obtain protection for their people, lands, cattle and crops in return.

7.- Pachacamac, the God of Tremors

Considered the god who controls the element of air and grants miracles to the people. He was also called lord of the land since he was the husband of Pacha Mama. He was the brother of Manco Capac, the founder of the Inca race. Pachacamac had the desire to create a race of humans, but his attempt failed. His race lived very little since he forgot to provide them with food and suffered the eternal rejection of people.

8.- Illapa, the God of Lightning

This god was also known as the weather god, he was in charge of making hail, thunder and rain. He was represented as a man with bright clothes, who carried a club and stones, his imposing sling that represented thunder, the lightning was produced with the movement and brightness of his clothes and the stone contained the lightning.

She is the goddess who is part of the group of Inca gods. Her role in mythology is that of secondary goddess, without this detracting from her deity, she appears in the Inca pantheon like the rest of the gods that make up this mythology.

Corn was considered the sacred plant by the Incas. Thanks to its great food and religious significance, corn is still used today. The Incas dressed some corn plants as dolls to represent Mama Sara, also known as the Mother of Corn or of the grains.

Where did the Inca Gods live?

The Inca Gods lived both in heaven and on earth, each of them had specific functions that influenced every aspect of the life of the Incas.

In the time of the Incas, the universe was divided into 3 planes that determined the popularity of their Inca gods: 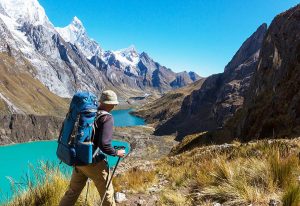 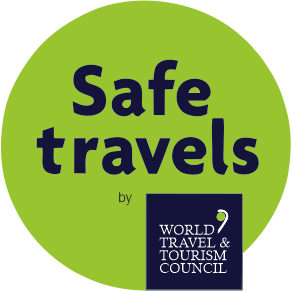